Binance is providing a wide range of services all over the globe as prove it has proved to be one of the significant players growing rapidly in the cryptocurrency industry by including trade in hundreds of digital currencies, stocks token, saving accounts, futures, options, and lending. According to reports last month it gained a profit of approximately $1.5 trillion.

According to some research made, the Financial Conduct Authority of the United Kingdom once declared to stop all the regulated activities carried out by Binance which is one of the world’s largest cryptocurrency exchanges and has ordered to issue customer alerts on the company. However, the company did not follow the regulations being made by FCA  when initially Japan raised a complaint about its illegal cryptocurrency exchange earlier in 2018. As a result, the FCA has now issued a customer alert this weekend which is said to target both the Binance Markets Limited and Cayman Islands-registered Binance holdings business, London-based subsidiary owned by CEO Changpeng Zhao and regulated by the UK regulator.

The company did not respond to a request for comment from the Financial Times right away, but it has previously stated that it “takes its compliance obligations very seriously and is committed to following local regulator requirements wherever we operate”. 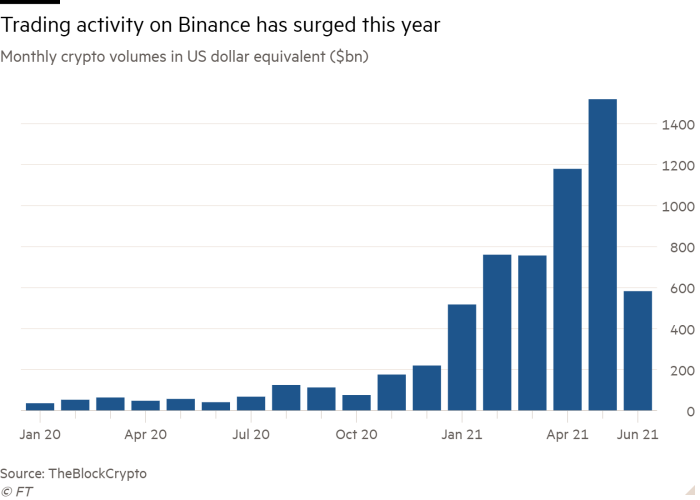 The FCA’s proposal comes after the Financial Services Agency of Japan issued a warning last week that Binance was engaging in unlicensed cryptocurrency trading with Japanese nationals. After issuing a similar warning in 2018, the FSA has issued another warning regarding Binance.

Also Read- Federal unemployment benefits ended for people of Texas, Arkansas and many others