At the basic level SoFi Technologies, Inc. provides financial services to their clients. It offers various services Such as home loans, personal loans, in-school loans and a credit card. SoFi Technologies develops non-lending financial products, such as money management and investment product offerings, and leverages a financial services platform to empower other businesses. The company was founded back in 2011 and is headquartered in San Francisco, CA.

SoFi Technologies (NASDAQ:SOFI) stock has tumbled 18% Tuesday after the company seemed to have accidentally reported its first-quarter earnings ahead of its scheduled release after the close Tuesday, May 10th.

In a post labeled “test,” the company seemed to have revealed a loss per share of $0.14 on revenue of $322 million, although there has been no confirmation. 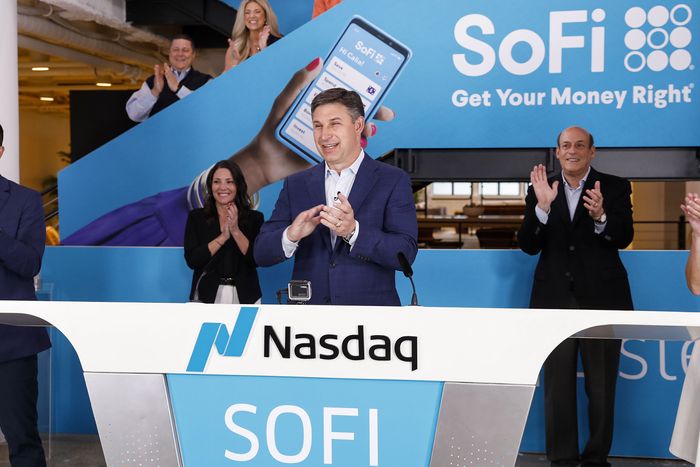 It also said that SoFi expects revenue between $330 million and $340 million in the second quarter, while it now expects full-year 2022 adjusted net revenue of $1.5 billion to $1.51 billion.

There has been no confirmation yet, but this release has resulted in SoFi shares being halted pending news.

For Upstart (UPST), analysts saw the company’s move to keep some loans temporarily on its balance sheet as a sign of tightening in the credit markets that could lead to lower credit quality.

Affirm Holdings (AFRM) is also feeling the effects of developments at Upstart (UPST). The Buy Now, Pay Later financing provider was downgraded by Stephens because “we think the read-through is negative for capital-markets reliant fintechs,” analyst Vincent Caintic said in a note.

Recall that early in Q2, SoFi (SOFI) cut its guidance after the U.S. government extended its payment pause for federal student loans.

The company is set to release its Q1 results after the close of the market Tuesday. The Wall Street consensus is for Q1 EPS of -$0.13 and revenue of $284.0M